When We Think About Melbourne

Home » Read » When We Think About Melbourne

Whenever I’m asked what is my favourite Melbourne book, the answer is easy: When We Think About Melbourne by Jenny Sinclair.

Her non-fiction book When We Think About Melbourne: The Imagination of a City is a personal survey of Melbourne through its art and fiction.

What exactly makes Melbourne unique? And why do we always struggle to describe the city’s differences?

Journalist Jenny Sinclair went in search of the answers and discovered that it’s actually all in our head – or, more prosaically, our collective imagination.

When We Think About Melbourne is a wry and whimsical survey of the city’s x-factor.

It observes with a keen and appreciative eye the changing physical, social and cultural landscape of Melbourne through its literature, music, art, maps, travel and transport.

This book will feature a wealth of visual material, including original photography and many defining images that have shaped Melbourne’s opinion of itself.

Book: When we think about Melbourne

the imagination of a city
Jenny Sinclair 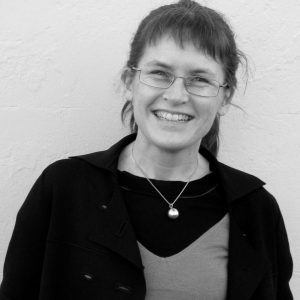 Jenny Sinclair is a Melbourne writer of stories both real and imagined.

She has been a staff writer for The Age and Melbourne Times. Since taking up fiction and creative non-fiction in 2005, she has published in everything from photocopied zines to Australia’s leading journals and anthologies. Jenny both studies and teaches writing at the University of Melbourne.

I have to admit meeting Jenny one evening.  It was at a talk by Jenny at Northcote Library.  In my mind, I felt quite guilty about wanting to meet her, a bit stalkish, but curiosity killed the cat.

The talk centred around Melbourne and it quickly became clear that I was not alone in my obsession for our marvellous city.

People were popping up with all kinds of memories and things from Melbourne’s part, some of which were.. omg, can you believe this?

But the moment came when I introduced myself.  Of course, I did the dumb nervous thing,  blabbing on about something, hoping to endear myself but I’m sure I just came across as a total nutcase.

She was polite, inciteful and totally how I expected her to be.

You can read a hundred and one books about Melbourne, but if you want to read about what makes Melbourne tick, and importantly what makes a Melburnian tick, then Jenny’s When We Think About Melbourne is the top of my list.

In case, you’re wondering why then am I writing SAM?

Jenny touches on many things that are special about Melbourne.  Does she answer the question: what is SOMETHING about Melbourne? yes, but she provides many somethings… lol