Conductors once cried “Tickets Please” in Melbourne, home of the tram!

Back in 1855 there were horse-drawn trams, followed by cable-driven trams [1885], then electrified tram network [1906] not forgetting the world’s first Tramcar Restaurant [1983].

Could something about Melbourne be the form of transport synonymous with Melbourne, the humble TRAM.

Melbourne’s light rail system is one of the largest networks in the world. 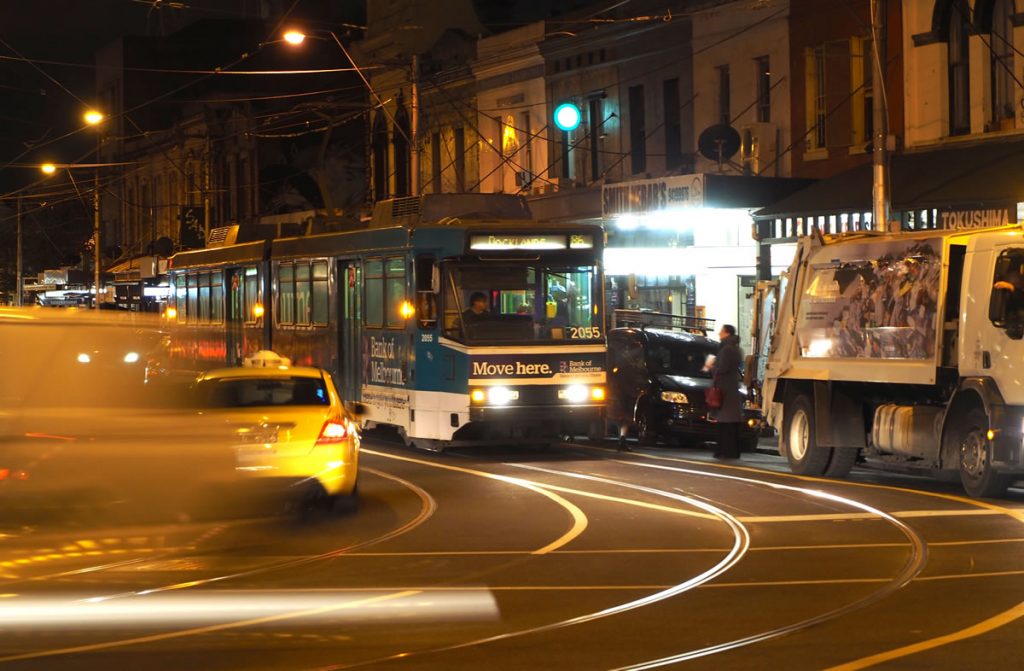 Somewhat surprisingly, the first electric tram route was between Box Hill and Doncaster not in Melbourne’s CBD.

From October 1889 until January 1896, an electric tram ran between the Box Hill Post Office, on the corner of Whitehorse Road and Station Street, across the paddocks, over Koonung Creek and up to a terminus near the intersection of Elgar and Doncaster Roads, Doncaster (approx 3.5km/2.5 Miles).